Humanity remains deeply unequal, despite its impressive progress. According to the United Nations Development Programme, more than 75% of the world’s population live in societies where income distribution is more unequal than it was in the 80’s.  Brazil, that ranks 85 in the HDI (UNDP), and where 16 million people live under U$25 a month, has yet to face great challenges. In order to transform our reality, wishing to do something is just not enough. It is necessary to know how to do it and, more importantly, to be able to offer the conditions for doing it. Instituto Meio was born to bring people, resources and processes together, which, jointly, transform ideas into opportunities.

We believe in a society where all people can achieve their potential with the intention to benefit themselves, their family and community. Our focus is to foster entrepreneurship, innovation, and the building of fair, economically feasible and environmentally sustainable values.

We are a private, nonprofit organization, with a mission to manage social investments, both in the public and private sphere. Our goal is to promote development, as well as to increase the amount of job opportunities and income, through solutions that are economically feasible, socially fair, environmentally sustainable and culturally accepted.

Development of potentials and vocations with a view to improve the quality of life of the present and future generations.

The word “meio” in Portuguese has distinct meanings and it symbolizes our role as a link between society and public and private companies.

Meio: a point located in a position equally distant from two extremities, between the beginning and the end (middle); the space where humans develop their lives and activities; a place where people live (environment); the social environment where an individual is; a means to achieve an end; mediation, process, way, condition, ability, possibility; something that allows communication (medium).

“ ...we conceived Instituto Meio to manage and implement social investments directed towards income-generating projects, because we believe that local sustainable development and the fight against poverty involves supporting local entrepreneurial initiatives.”

Beginning of our partnership with Sebrae, in the role of project-executing agency, regarding the implementation of the program Sebraetec, which provides technological consulting. Receiving of the Award Planeta Casa de Ação Social 2007 with a project to support handicraft in “capim dourado” (golden grass), Mateiros, Tocantins. Beginning of the partnership with the Tamar Project.

“ … Instituto Meio supports these organizations by implementing managerial tools that allow them to have greater knowledge about their processes and results, therefore establishing goals and looking for paths to follow.”

Beginning of the sale of products in national fairs such as Craft & Design and Brazil Promotion.

Beginning of the sale of products in physical shops in São Paulo, according to the principles of fair trade and the Eco Negócios project, which aimed at the generation of income in communities through the sustainable use of natural resources. The Ministry of Justice now considers the organization a Public Interest Civil Society. Beginning of the partnership with Instituto Camargo Corrêa with a project to support ceramic workers from Apiaí, São Paulo. 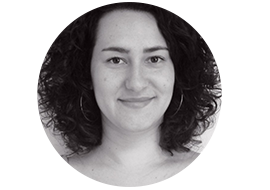 Instituto Meio expands activities with family farmers, always giving support to organic certification. The institute reaches the mark of more than three thousand people benefited, from projects developed in about 50 communities throughout Brazil. Beginning of the virtual shop for the sale of products resulting from the projects. Receiving of the award Planeta Casa de Responsabilidade Social with the project PetLimpa. Beginning of the activities in the field of community based tourism.

“ ...We clearly notice the small farmer’s change during the project because of the boost in their self-esteem and the gradual progress of the group’s autonomy, which is made possible by improving their knowledge and competences and, as result, the strengthening of the group’s image in the community.” 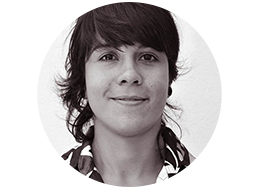 Increase of 200% in the number of supporters, with a team focused entirely on the projects and spending time and effort to accomplish our mission. Support to almost ten thousand people around the country. Opening of the “Grama Processing Unit” (Unidade de Processamento do Grama) in Minas Gerais.

“... we work to ensure that the group is ready to face future challenges. We make sure that we pass on knowledge and reinforce autonomy and independence, by providing them with training in production, management and client prospecting skills.”

Beginning of the activities in the environmental field. Acknowledgement of the Secretariat of Culture of the State of São Paulo as Cultural Institution.

Beginning of the program Semeando Oportunidades in partnership with Cargill in the city of Castro, Paraná.  A group supported by Instituto Meio receives the prize of Solidary Economy (Econômia Solidária), awarded by the National Economic and Social Development Bank (BNDES). 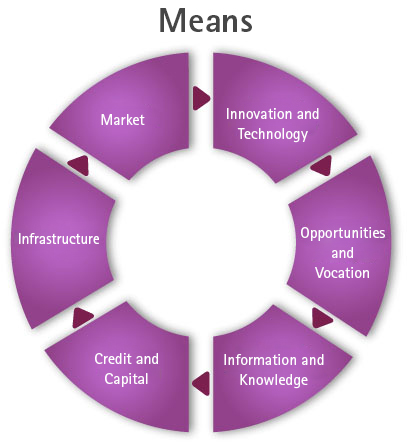 Private companies that are interested in investing in income-generating projects as a Socially Responsible Investment (SRI) strategy. Public agencies that need partners to implement projects focused on sustainable development. Non-governmental organizations that want to implement income-generating projects. Communities with low HDI that are located outside large urban areas, but possess human talent and natural potential that favor their sustainable development.

Instituto Meio contributes to the society’s sustainable development, by giving support to entrepreneurial actions that promote social and economic inclusion, thus reducing inequality and improving the life of the present and the future generations.

We establish partnerships to implement programs and projects with focus on Private Social Investment in the area of entrepreneurship and income generation. We are recognized for maximizing local resource effectiveness through professional managerial practices, production organization, market actions and respect to the environment. We have had success with this model with over ten thousand entrepreneurs and 120 communities.
Transform the community’s reality by giving support to inclusive social businesses.

Our methodology gives support to inclusive social businesses and entrepreneurs. It encourages self-sustainable businesses’ models that are able to create an impact on the communities where they are located. We base our actions on six pillars:

Innovate in your business may be simple.

Technology and innovation are the main tools of competitiveness available to the companies in the globalized world; however, it is necessary to democratize the access to them so that micro and small enterprises, social enterprises and co-operatives become equally competitive and able to bring benefits to the whole society.

As a government-approved organization, Instituto Meio serves micro and small enterprises through Sebrae’s program Sebraetec in São Paulo, Mato Grosso do Sul and other Brazilian states. We have made available a tool that subsidizes up to 80% of the cost of the technological consultancy.

Among the micro and small enterprises that have gone through innovation processes in their business, 52% have had a growth in the production volume, 46% have increased their revenue, 39% have registered a larger workforce productivity and 24% have expanded their personnel. This result was twice as big as the one observed in the companies that do not invest in innovation. (Source: Sebrae/SP).

We have comprehensive knowledge due to our multidisciplinary team. The global vision of the business is what makes us different. “Looking at the product, service or process, separately, is not enough. Innovation must be a part of the company’s culture in all levels,” explains Eduardo Parente, and adds, “Instituto Meio wants to take methodologies and knowledge to the micro and small enterprises to ensure their growth. “

We believe in a society that is productive and innovative and that, at the same time, is inclusive, sustainable and democratic.

“The entrepreneur is the economy’s driving asset, the agent of innovation and change, able to fuel development and create solutions to future challenges. But not everyone has the same opportunities and access to tools and financing, and we want to change that…”

Entrepreneurship has established itself as an important factor of social and economic development, and it is especially associated to the generation of jobs and income. Overall, entrepreneurship in Brazil includes businesses that are small, in their majority, and whose goal is to generate income to the own entrepreneur, either as replacement or complement to a formal job. Culturally, Brazil has a strong vocation to entrepreneurship, if we consider that more than 45 million Brazilians are entrepreneurs, according to the survey GEMBrasil, 2014. Furthermore, according to the survey, Brazilians’ third biggest dream is to have their own business, which is surpassed only by the dream of buying their own house and traveling around the country. However, half of the country’s entrepreneurs began their entrepreneurial activity less than three years and a half ago, and 53% of these are under 34 years old.

The high rate of entrepreneurship at its initial stages, in which young people have the main role, shows the fragility of entrepreneurship in Brazil. Only 3.9% of these beginners have received some kind of training regarding entrepreneurship at school, and 11.5% after finishing school. The world challenge is to build a society that is productive and innovative and that is, at the same time, inclusive, democratic and youth-oriented. Our Entrepreneurship Support Program (Programa de Apoio ao Empreendedorismo) aims at changing this scenario by giving people with a low income a chance to develop their entrepreneurial abilities and to look for alternatives that enable them to generate income inside their community. In addition, we intend to promote social and economic development and reduce social risk for young people.

Change the reality through the strengthening of organizations.

Civil society organizations and environmental organizations have an important role in our society. The Brazilian Institute of Geography and Statistics has included the tertiary sector in the GDP composition, attributing to it 1.4% of participation, which is equivalent to R$32 billion (over U$10 billion). (Source: Ipea, 2007). Nevertheless, the management of these resources is not always carried out professionally. The majority of the organizations find difficulties during the administration, especially in areas such as planning, raising and application of funds, development and analysis of projects, as well as their performance evaluation (indicators).

Instituto Meio, according to its mission, provides support to organizations by taking actions that stimulate reflection on their practices and on their future in order to improve processes, resource management and ability to mobilize resources and develop projects. 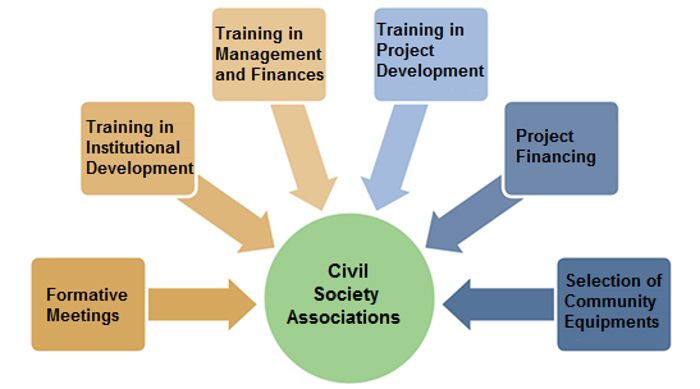